Information for researchers and scientists 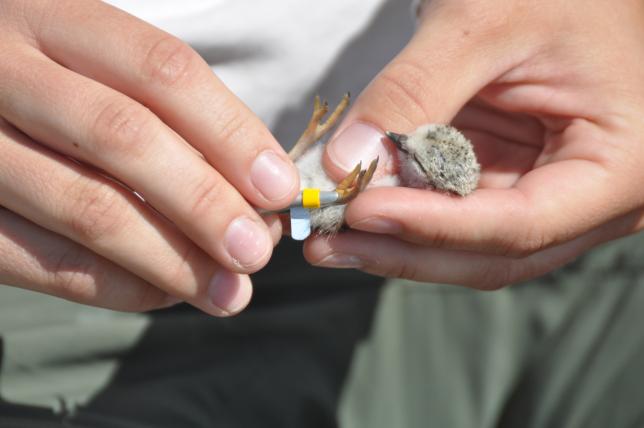 How Does the PRRIP Implement Science?

The Program has been implementing an Adaptive Management Plan (AMP) to reduce uncertainties related to the response of least terns, piping plovers, and whooping cranes to management actions on the central Platte River. Under this plan the Program investigates hypotheses related to whooping crane use, as well as least tern and piping plover use of and productivity on in-channel and off-channel habitat. This has been accomplished through the implementation of systematic monitoring and research of Platte River hydrology, geomorphology, and species response.

What is the PRRIP Adaptive Management Plan?

The second strategy is the Flow-Sediment-Mechanical ( ) approach. This approach is river-centric with a focus on restoring channel width, improving sediment supply, and increasing annual peak flow magnitudes to increase sandbar height and maintain width. The strategy is rooted in the view that the historical provided critical suitable habitat conditions for whooping cranes and supported viable sub-populations of both the least tern and piping plover prior to the onset of water development and channel narrowing.

The Program implemented an experimental design to evaluate least tern and piping plover selection of and productivity on in- and off-channel nesting habitat. This was accomplished through designed experiments where islands of various heights (i.e., overtopped by different levels of flow) and sizes were mechanically created near areas where existing off-channel nesting habitat existed.

We performed these experiments at two sites over the course of several years and learned least terns and piping plovers selected off-channel nesting habitat over in-channel islands and that use of in-channel islands resulted in very low productivity (21 nests; 4 successful nests; 7 chicks; 1 fledgling).

Since 2007, the Program has been implementing an to reduce uncertainties related to the responses of least terns, piping plovers, and whooping cranes to management actions on the central Platte River and to investigate hypotheses related to whooping crane use of in-channel and off-channel habitats and least tern and piping plover use of and productivity on in-channel and off-channel habitat. Implementation of releases, the physical process driver of the management strategy, were hypothesized to produce suitably-high sandbar habitat for least tern and piping plover nesting in areas of sediment balance and to produce and maintain suitable riverine roosting habitat for whooping cranes within the . Over this time, enough progress has been made to allow us to address critical uncertainties and assess the ability of the and management strategies to create suitable least tern, piping plover, and whooping crane habitat within the .

Natural high flow events in 2008, 2010, 2011, and 2013, 2014 and 2015 all exceeded magnitude and duration; these high flow events failed to build suitable habitat as observed sandbar heights following these events did not exceed the Program’s minimum height suitability criterion in areas of sediment balance. Instead, the amount of suitable habitat has declined as constructed in-channel sandbar habitats that met the criterion were eroded. The disparity between observed and hypothesized beneficial effects of -magnitude flows on sandbar suitability can primarily be attributed to the prior assumption that sandbars build to the peak water surface during high flow events. Observational studies since 2007 indicate a height of 1.5 ft below peak water surface is a more reasonable estimate of sandbar height potential. When the prior height assumption is replaced with the estimated sandbar heights of 1.5 ft below peak flow, is no longer predicted to produce sandbars exceeding the minimum height criterion for suitable nesting habitat. Flow magnitudes of roughly twice may be necessary to create suitably-high sandbars in channel widths suitable for nesting.

As the negative indicators for performance discussed above began to emerge, the Program’s Independent Scientific Advisory Committee ( ) and stakeholders requested the Executive Director’s Office ( ) staff begin to compare and contrast the physical characteristics of the and other regional river segments in an effort to glean additional management insights. The lower Platte River segment was an obvious choice for comparison given that the presence of viable species subpopulations in the historical was inferred, in part, from contemporary species use of that segment of the river.

Both species arrive and begin initiating nests prior to the late-spring runoff which typically occurs in mid-June in the Platte basin. Given sandbar heights in relation to stage-discharge relationships in both the central and lower Platte River, nests initiated prior to the late spring rise are likely to be inundated. The timing of the late spring rise is especially problematic for piping plovers and it does not appear that either segment can support sufficient in-channel productivity to maintain a subpopulation of that species over the long term. The ability to maintain a stable least tern subpopulation is likely tied to the success of renesting following the late spring rise. Given the challenges of maintaining adequate productivity, these findings suggest that use and success on novel habitats like in-channel sand spoil piles and off-channel sand mines may be necessary to allow these species to persist in a river basin with hydrology that is not ideally suited to the species’ nesting ecology.

A final comparative investigation was conducted to identify regional river segments that do support species population densities similar to proposed recovery objectives for the . Although these species nest sympatrically on several river systems in Nebraska, the only river segments in this region that support population densities approximating proposed recovery objectives occur on the Niobrara River. Peak flow volumes and magnitudes on the Niobrara are quite similar to the contemporary . However, the timing of the annual peak flow is typically earlier and base flows remain higher during the summer months. The earlier timing of the annual peak may be especially important in relation to piping plover productivity. There are also intractable differences in physical conditions between the two segments that are likely related to species occurrence. The width of the Niobrara River is highly variable due to the influence of bedrock outcroppings and the median bed material grain size is much finer than the (0.24 mm vs. 0.96 mm). These differences likely contribute to the formation of large sand flats (~ 30 ac) that are used by the species on the Niobrara. Channel widths within the can be mechanically manipulated and widened, but it is not feasible to attempt to shift the bed material grain size of the into the range of the Niobrara from either a technical or cost perspective.

In summary, these investigations lead us to conclude implementation of the management strategy will almost certainly not create suitable least tern and piping plover nesting habitat on an annual or near-annual basis. Moreover, intractable differences between physical conditions in the and other regional river systems that are used by these species raise serious doubt that the Program can successfully manage flow and sediment to create and maintain suitable in-channel nesting habitat.

The approach of creating in-channel and off-channel nesting habitat has been implemented within the by various entities since the early 1980’s. Accordingly, there is little uncertainty about the ability to construct and manage mechanical habitats that are suitable nesting habitat for the species. Systematic monitoring of least tern piping plover occurrence and productivity has been conducted in the since 1979 with very few nests being observed on in-channel islands. A few productivity studies were also implemented during this time. These investigations all identified low quantities of suitable in-channel nesting habitat and high levels of nest loss and chick mortality due to inundation of sandbars. However, off-channel nesting incidence has increased and productivity has consistently been above productivity levels deemed necessary for maintaining least tern and piping plover populations within the .

In 2016, the Governance Committee ( ) of the Program successfully completed a Structured Decision Making ( ) process where numerous options were considered for providing additional in- and off-channel nesting habitat for least terns and piping plovers within the . The process concluded with a formal decision to (a) construct an additional 60 acres of off-channel habitat on a mixture of leased land, purchased land, and land already owned by the Program, (b) commit to a budget of $26,000 for developing on channel habitat using a Moving Complexes Approach (MCA), and (c) recommend to the U.S. Fish and Wildlife service that water should not be used solely for the purpose of nest initiation flows for least terns and piping plovers. This represents the first known successful implementation of a completed cycle of  an .

While evaluations of pallid sturgeon data are still ongoing, a few recent discoveries have been made that make the best path forward for detecting or dealing with potential Program impacts on pallid sturgeon (positive or negative) difficult to determine. Pallid sturgeon will be an upcoming focus for the Program.